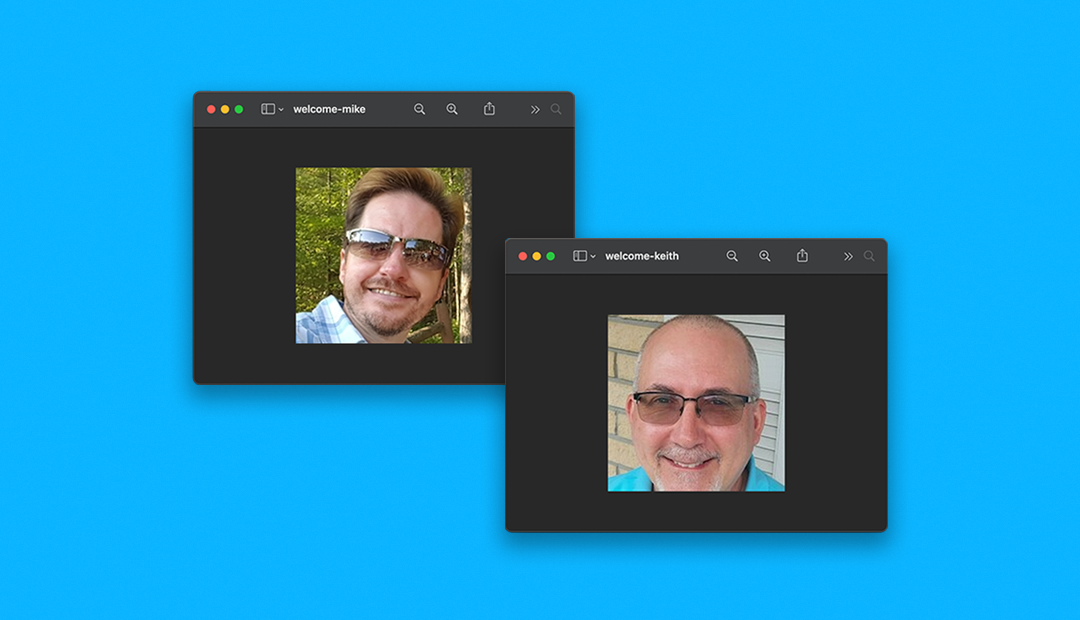 Digital marketing is all about performance. Monitoring key performance indicators (KPIs) is a huge part of what we do, and delivering on measured outcomes is our bread and butter.

A successful digital agency depends on a highly reliable production management process to track dozens of projects with hundreds of tasks. Systems and people make the engine hum. Mike Petty and Keith Postler are here to help maintain peak horsepower.

In his formative years, Mike Petty took things apart to find out how they worked (still does), and that inquisitive spirit served him well as his career path unfolded. Developing a fascination with computers when barely a teen in California, Mike chose to come east to finish a double major in electrical and computer engineering at Oakland University. Over the years, he’s worked at NASDAQ, Caterpillar, General Motors and Organic, a marketing agency in the metro Detroit area.

If you ask him if he does coding or programming, he says neither. His skills really lie among other things like UI-UX, system architecture, exception handling and memory management, or an incremental approach to performance testing.

Realizing how interconnected computer systems are, Mike also became proficient in project management by asking the right questions and finding those common connections, a most advantageous trait for a front-end computer guy in an agency production environment.

As technical project manager at SSDM, Mike studies and dissects our internal systems in order to improve workflows and communications, including the application of automation to gain performance insights wherever possible.

Using his background in Agile and Scrum, we’re better prepared to understand the full project scope, and efficiently manage it through the production system. With his technical experience, Mike also will ensure that web properties are set up to perform well, and that optimal server configurations are maintained in order to report the marketing insights our clients need.

Keith Postler was a huge fan of comic books as a kid, and as a young teen, he actually worked at a comic-book store. He still has quite a collection, and a cat named Captain Nemo. At one point, he teamed up with a friend who could draw and aspired to write his own comics.

He did become a writer, however, working as a beat reporter for a local newspaper. Keith’s PoliSci studies at the University of Michigan helped him write about schools, budgets, fire and police, contributing a column or two, as well.

Keith was recruited by EDS, which at that time, was owned by GM. In the corporate communications department, he led a four-person team working on an Intranet for GM and developing the automotive OEM’s first media website. When his group was absorbed by another and his career track there would have led him to become a developer, he went to work for MSX International on the Ford account.

At SSDM, his skills in account process management will be put to good use, as Keith will stratify the way projects and tasks work their way through the system.

He loves the fact that agency business is flexible, fluid, and full of energy and hopes to make an impact by continuously improving efficiencies within the project management process, so it operates like a finely tuned engine.

Please join us in welcoming Mike and Keith (the dynamic duo) to our production performance team.