The Customer Journey: Then and Now

The consumer voice has undergone monumental shifts over the past few decades, and most businesses aren’t following suit. To understand what the customer journey looks like today, we need to take a look at what it looked like in the past. Here’s a look at how the relationship between brand and consumer has evolved over time.

Customer Journey in the 1970’s

Running an ad shop between 1950 and 1980 must have been a breeze. With a dependable printer, solid relationships with local media, and good creative staff, you were set. This was the age of mass marketing, with media being consumed in a few large herds.

Imagine being able to hit 17% of the total market with just one ad. Targeting messaging was simple, and not the business’ responsibility. Sure, knowing their target market was, but not finding them. It was on the network to deliver content to desired target markets, and man, did they deliver!

Communicating with the Market:

The 70s were the days of one way communication. Brands didn’t want to hear from consumers — Just keep quiet and buy our laundry detergent. The only time we did listen was when we paid focus groups to give us positive feedback. If you had a problem with a company, you wrote a letter to the headquarters and told seven of your friends. That was that.

Creating content in the 70s required a fraction of the effort required today. When your markets are in large herds, there’s no need to segment messaging. You could create four to 12 pieces of content and it would sustain your business for a year! On top of this, you were playing in a market that had an incredibly high barrier to entry. Small businesses couldn’t afford traditional advertising like radio or television. This allowed businesses that could the chance to knock hundreds or thousands of would-be competitors out of the game.

In this regard, the ad agency environment must have been dog eat dog to the fullest. The only accounts worth having were ones that could actually afford to run media.

Take a look at today’s typical television lineup from AT&T. The lowest package includes 150 channels! On top of this, we have the ability to stream content from an app to our televisions. Not to mention, 72% of us use our mobile device while watching television.  We don’t travel in large herds anymore because we don’t have to. We have unlimited content to choose from and can connect with people and companies that directly align with our personality or value system. Want to run a fun experiment? Ask 25 people what their favorite show is right now. See how many different answers you get.

What’s your target market? Now, you’re the only one that can answer that question. This is the monumental shift — brands are now responsible for finding their target markets. For businesses to succeed, they’re obligated to understand their customers inside and out. It’s the only way to break through the noise of 150+ TV channels, 1,200 shows and movies on Netflix, etc. It’s no longer possible to get 17% of us to do anything together, except maybe watch the SuperBowl. 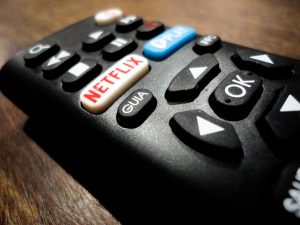 Billboards are changing packages from 3 month minimums to weekly rates, making them more accessible to small businesses. They’re doing it because no one is looking when they drive anymore. Radio also has seen heavy decreases in listeners. Why listen to the radio when we can listen to our favorite podcast? It’s a media consumption environment that is completely unlimited. Every two days, we’re creating as much content as we have since the dawn of civilization until 2003.

Communicating with the Market:

We’re living in a world where five hours a day are spent on our phones with about two of those hours on social media. This has completely changed the way consumers and brands communicate. 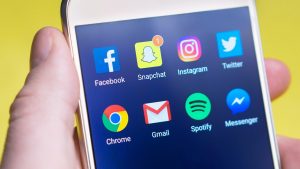 Today, we carry an unlimited amount of content in our pockets. This shift in attention has lowered the barrier of entry for brands, and at the same time given a huge advantage to advertisers who pay attention to their customers.

To succeed, it doesn’t require a multi-million dollar media budget. In fact, many of the largest retailers are bleeding market share using this ideology and losing not to large conglomerates, but to niche brands who know their customers.

Consumers today are wise to our tricks, know how to research and, most importantly, have a voice. Keurig wants to advertise on the Sean Hannity show? You must not be listening to your customers. Now they’re going to smash coffee machines on social media to make sure you’re listening.

Though consumers now travel in smaller herds, they’re experts at communicating to other herds. They don’t write letters anymore, Instead, they make videos and post them on social media where they average 338 friends.

Brands no longer have the luxury of hiring a few people to produce a handful of assets that will “wow” customers. Brands have to provide compassion, empathy and prove they have a clear understanding of their customers’ lives. And we can’t just do this once a year. We have to prove it daily! Inauthenticity is the path to certain failure in an age where consumers have an equal voice to brands. If you’re not consistently listening and joining conversations, you open the door for someone else to do just that, and you’ll find your company talking to itself.

Nick is our leader and founder at SSDM, serving as the visionary; working closely with our clients and our team to develop strategies for success. With his vast experience, Nick is able to impart how sales and marketing work hand-in-hand, always looking at the big picture to develop the most impactful ways to grow a business.

View all posts by Nick Skislak →