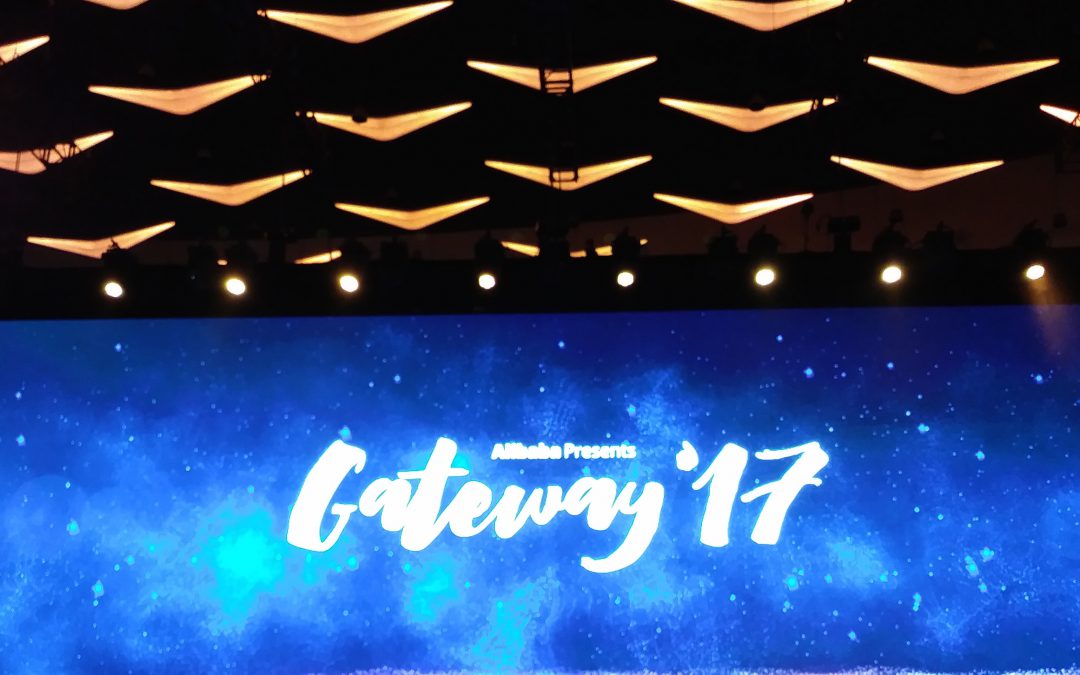 At the recent inaugural Gateway Conference, hosted by internet shopping giant Alibaba, in Detroit, the vastness of our world was shrunk down to the distance of a couple taps on a smartphone.

A bevy of heavy hitters graced the stage with pearls of welcome and wisdom. Dan Gilbert, owner of the Cleveland Cavaliers, Quicken Loans, Rock Ventures and a majority of the buildings in downtown Detroit, exhorted the audience to “fear the status quo.” Marcus Lemonis, CNBC’s The Profit, insisted that you “can’t be intimidated” and be successful.

Anatomy of the Marketplace

Daily discussion centered around the concept of “stepping out” to expand your reach and take advantage of the vast possibilities represented by the global marketplace in general, and China in particular, which is transitioning from the role of a major exporter to that of a major importer. And what is being imported is largely American, in order to satisfy an appetite for high-quality, foreign goods.

If you sell products online, the likelihood of simply stumbling into the multi-billion dollar Chinese market is possible, but not likely. The middle-class in China – larger than the entire population of the U.S. – know what they want and how they want to be reached.

They want the best. They want American goods and they want to buy through apps on their smartphones. Plain and simple. Anything and everything is available through an app, so if you want to play in that sandbox, you have to be in the game.

The Queen of Marketing

Martha Stewart is selling everything online. Besides her home goods lines, she now has an online wine shop and Marley Spoon, which sells meal kits for about $9 per person and boasts the benefits of being a time-saver as well as a waste management tool, as everything you need is in the kit and excess food doesn’t go to waste if not used immediately.

Gerber, a 90-year old Michigan company, found an instant market in China, where till recently, families were limited to one child so only the best would do. Regulations are much more stringent in the U.S., so Chinese families import Gerber products to make sure their children are eating safely.

American-made goods are considered to be of premium quality and are imported through an immense global marketplace that promises 72-hour turnaround from time of order to delivery.

Large companies like Martha Stewart and Gerber certainly satisfy the Chinese people’s craving for aspirational brand purchases, but the scrappier side of the buying public wants something unique and these cravings are satisfied by entrepreneurs and small-business enterprises.

This is the philosophy behind Alibaba. CEO Jack Ma’s vision and mission was to harness the power of the internet for those small-business owners who might not otherwise be able to afford access to this enormous marketplace. Ma considers himself to be a “Chief Education Officer,” teaching entrepreneurs about the intricacies of online marketing.

His philosophy is so simple, so obvious. Put the customer first. Stay focused. Embrace change. Put your employees before your stockholders and stick to your guns on this point in particular. Apparently, it works. Alibaba sold $550 billion in merchandise in the 2016 fiscal year and expects to sell $1 trillion by 2020.

For those who wish to put their toe in the water and test the global marketplace, Ma says, “build your brand.” Global buyers want to know your story, and they appreciate the humble beginnings that often accompany an entrepreneurial endeavor. Tell your story with honesty and integrity.

The man who couldn’t even get a job at KFC, Ma tells his hard-luck story but doesn’t expect sympathy. He expects you to learn from his mistakes, joking that when he retires, he’ll write a book called “The 1,001 Alibaba Mistakes.” He says “today is hard; tomorrow is harder, but the day after tomorrow is beautiful.”

The internet is ubiquitous and the marketplace is the planet. With the right product or service, coupled with the right branding and a solid strategy, you can reap the massive rewards represented by a truly global market.

From the opening event, with flying drummers (yes – flying) to the last of the break-out sessions, the message was loud and clear. Attitude and fortitude can make small businesses as mighty as the big guys and I was struck by the fact that this is what we offer our clients every day. The ability to market like the big guys, on a global stage.

It was truly significant that Alibaba held its inaugural conference in Detroit, matching a tenacious CEO and his scrappy company with a city of risk-takers who appreciate hard work and entrepreneurial endeavor. It was hard to resist getting caught up in the wave of excitement.